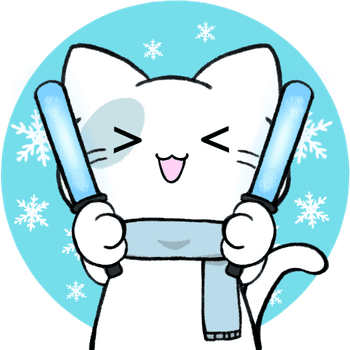 Do you have questions for 〜フェネック〜?

Log in to ask 〜フェネック〜 questions publicly or anonymously.

〜フェネック〜
Son of Zapz
Posted 2 years ago
Translating Zapz's announcement section to various languages and back, because why not?:

[PLEASE DONT ASK ME FOR VERIFICATION!]
Please don't ask me to pay

[But if you DM me for the little box by your name, TOTALLY YES!]
Just send a message directly to the box with your name!

[just ask about that!]
Just ask!

[Check Out Fen!]
Where to find!

Liked by LadyBug and 2 others

〜フェネック〜
Son of Zapz
Posted 2 years ago
Translating The Schuyler Sisters into different languages and back because why not?:

Words in brackets ( [ ] ) are the original lyrics.

[At the students in the common]
Even as a student

[Just to watch them talk]
I only saw them talking

[Uh-oh, but little does he know that]
Oh but he doesn't know anything

[The Schuyler sisters!]
The Schuster Sisters!

[Daddy said to be home by sundown]
My father said he would go home after sunset.

[Look around, look around]
Just look

[Angelica, remind me what we're looking for]
Angelica reminds us what we want

[Why you slummin' in the city in your fancy heels]
Why are you hot on the heels of the city?

[You searchin' for an urchin who can give you ideals?]
Looking for a hedgehog that can target you?

[Burr, you disgust me]
Thunder, you make me sick

[Ah, so you've discussed me]
Hey you talk to me

[You want a revolution? I want a revelation]
Do you want to change? I need lighting

[That all men are created equal"]
Create equality for all mankind "

[I'ma compel him to include women in the sequel!]
He should force her to join the next woman!

[Lucky we are to be alive right now!]
We are so happy to be able to live now!

[Lucky we are to be alive right now!]
We are so happy to be able to live now!

[History is happening in Manhattan and we just happen to be]
The story takes place in Manhattan, and that's really

The rest of the song is mostly just the same lyrics but taken apart a little and mashed together beautifully.

Liked by Katelyn Martinez and 2 others

〜フェネック〜
Son of Zapz
Posted 2 years ago
Comparing four "tribe websites", because why not?

The tribe websites we will be comparing are:

How many groups (not including secret groups)? :

What is the title of the announcement?:

What are you able to do anonymously?

Liked by LadyBug and 1 other

Note: RP stands for "Reputation Point(s)". I will only put here users that are in the "Most Reputable Users" list. I add "empty follower numbers" (best name in the world, I know) so you can see how big the gaps are between users.

Average number of post number change from last Friday (only counting people that were on the RP leaderboard last Friday): about +10.8

Average number of follower number change from last Friday (only counting people that were on the RP leaderboard last Friday): about +3.4

Liked by Emily Gonzalez (エ... and 2 others

Katelyn's title is literally "I am your mother".
1 comment

Liked by LadyBug and 3 others

〜フェネック〜
Son of Zapz
Posted 2 years ago
These are words for some animals in Chinese, Japanese, and Korean, because why this is the "Furries" group.

The order is Chinese (Simplified), Japanese, then Korean.

If you want to make a correction, or add another animal, real or imaginary, please comment it!

Liked by Zoe Lexington-Sebert and 1 other

Tina Swartz
Tina the weird gal who breaks ur kneecaps if u disrespect her or her friends.
[I promise I won't disrespect you or your friends, please don't break my kneecaps...]

Matias Sebert
Lord gaEy elephant for 15.5+ years
[I wonder what it's like, being a "gaEy elephant".]

Micah Aghedo
Melissa's BF(back off)
[Oh, I will, don't worry.]

Ari Stack
Creator Of Zapz
[We obviously can't leave out the creator of Zapz!]

Liked by David Roman and 6 others

I see that people have had an RP (Reputation Point) boost, which is great and all, but I'm looking at some of the users which have the highest RP numbers, and...

Note: Anything inside of brackets ([ ]) were added by me because I do not like using curse words in my posts.

David Roman has 201 posts, and sure, that sounds cool and nice and it sounds like they're helpfully contributing a lot, and they have 989 RP, but here are what some of their recent posts say:

"only give me rep im a cool kid"

"dont give david rep he is hetero"

"i will [censored] end you"

I would be fine if these were isolated cases, but there are multiple people, doing this multiple times, definitely for the RP.

If I mentioned you, please stop posting posts like these. Thanks.

Posting gibberish, weird spellings of the word "pregnant", posts suggesting heterophobia, and cursing people are probably not allowed, and even if they are, they're just not nice.

Ari Stack needs to see this so I'm tagging them.

Also, so people are discouraged, people who have done this recently at the time I'm making them won't be on posts concerning follower ranking made by me.

Liked by Micah Aghedo and 8 others

If you want to add a language or make a correction, please comment it.

Liked by Zoe Lexington-Sebert and 1 other